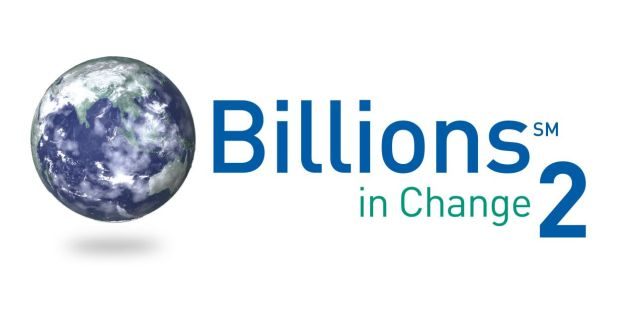 Indian-born billionaire, entrepreneur, and philanthropist Manoj Bhargava believes those with wealth have a duty to serve those with less. He has committed over 99 percent of his fortune to improving quality of life for the ‘unlucky half of the world,’ namely by funding the development and deployment of inventions that help people meet their basic needs.

“Lights, clean water and nutritious food are the foundation of health, education, and livelihood,” says Bhargava. “Without them it’s impossible to live a productive life and care for your family,” he adds.

Billions in Change 2 is the follow-up to the first documentary, and unveils five wholly new inventions that directly address those fundamentals.

All of the solutions featured in Billions in Change 2 have been field-tested, and all will be life-changing for those who use them.

The HANS™ PowerPack and HANS™ Solar Briefcase address a problem that plagues nearly 3 billion people worldwide: lack of reliable access to electricity. For a rural household, school, or small business, the combination of the HANS™ Solar Briefcase and HANS™ PowerPack will meet most electrical needs. Together, they are like a miniature power station, except there’s no fuel to buy and no pollution.

The HANS™ PowerPack is a lightweight, portable power device that allows people to easily generate and store electricity for basic uses, such as lights, fans, and mobile devices. It includes a spotlight and room lighting, a USB port, and a 12-volt outlet for running small electronics. It can be recharged for free using the built-in solar panel, the HANS™ Solar Briefcase, or the HANS™ Free Electric bike (featured in the original Billions in Change film). It can also be plugged into a regular wall socket and charged off the grid. For those who receive electricity 2-3 hours per day, the HANS™ PowerPack can be charged when the utility is sending power, and then used during outage periods. The HANS™ PowerPack is constructed from the same material used to make bulletproof glass and comes with a 12-year warranty, so it’s made to last.

Stage 2 developed two new RainMaker inventions for the billions of people who either lack access to safe drinking water, or live in areas threatened by shrinking water supplies.

The RainMaker for Brackish Water is a water filtration unit for use at the village level, which takes the salts and other minerals out of brackish water so it can be used for both drinking and agriculture. The device simply attaches to the water source, uses minimal electricity from a small generator, and begins working immediately.

The RainMaker for Grey water is a small, self-contained unit that uses a series of filters to purify any type of dirty water—river water, sewage water, bacteria-filled water, well water. It also is intended for use at the village level and can be installed and used immediately. If electricity is not available, RainMaker for Grey Water can be used with a manual pump or a bike pump.

The fifth invention, Shivansh Fertilizer, will help the billions of rural farmers who are unable to make a living and take care of their families because of the debilitating expense of chemical fertilizer. Shivansh Fertilizer is a simple-to-follow and cost-free method of making fertilizer using whatever is laying around the farm—dry plant materials, fresh grass, crop residues, animal manure. After 18 days and relatively little maintenance, the result is a nutrient-rich soil amendment. Integrating this fertilizer into a field brings dead soil back to life within just one planting season. This fertilizer method was discovered and refined through work sponsored by The Hans Foundation, one of the largest charitable organizations in India and also funded by Bhargava.

In Billions in Change 2, Bhargava describes how some of the new devices evolved from solutions featured in the first documentary. He also reveals his own Darwin-like philosophy when it comes to the invention process:  “If something works, I’m there. If it doesn’t work, it’s out,” says Bhargava.

In the months following release of the first Billions in Change documentary, the team at Stage 2 worked tirelessly to refine the products featured in the film in order to start production and distribution. They conducted multiple rounds of field-tests, they made improvements, they retested, they navigated bureaucracy and red tape, and in some cases they went back to the drawing board and started over because they discovered that they could make something better.

“I wish I was smart enough to go right to the end, it would save a lot of money,” says Bhargava. “But unfortunately we have to go through all the stuff that didn’t work, all the stuff that was marginal, and then finally get to something that we say, ‘Yes, we have it!’

Billions in Change 2 is a 29-minute documentary that will be aired on several television networks across India. For a full listing of dates and times and also to view the trailer and full-length film in both English and Hindi, visit www.billionsinchange.in.

Manoj Bhargava is an entrepreneur, philanthropist, and founder of the Billions in Change movement, which aims to bring useful inventions to the unlucky half of the world in order to improve quality of life for billions of people. Bhargava is best known in the United States for creating the popular 2-ounce drink 5-Hour ENERGY®. He was also featured in the documentary films Billions in Change (2015) and Billions in Change 2 (2017), which chronicled his work as an unconventional philanthropist to develop and distribute life-changing solutions that tackle some of the toughest problems of our time.

“My approach to things is this,” says Bhargava. “Let’s invent things that make a difference to peoples’ lives. And the inventions that really matter are the ones that will help the unlucky half of the world. Let’s not talk about awareness and inspiration. Let’s do stuff.”

Born in Lucknow, India, Bhargava moved to the United States in 1967 at the age of 14. Bhargava grew up in Philadelphia, Pennsylvania, and attended Princeton University for one year before dropping out and focusing the remainder of his education on spiritual studies in India and the United States.

In 1990, Bhargava founded a plastics company that he grew to $20 million in sales before selling to a private equity firm. With this money, he started a consumer products company, Living Essentials®, which became an overwhelming success with the introduction of 5-Hour ENERGY® in 2004.

Bhargava, whose net worth is estimated at US$ 4 billion, has committed 99 percent of his wealth to finding solutions that could improve the lives of the ‘unlucky half of the world.’ To that end, Bhargava founded and financially supports Stage 2, an invention lab in Farmington Hills, Michigan, USA, which focuses on creating and developing useful products that can help address problems the areas of water, energy, and health. He is also the primary funder of The Hans Foundation, one of India’s largest charitable organizations, which is helping to deploy the Billions in Change solutions in India.

Bhargava’s motto is, “Do something useful.” And he believes the only useful thing to do is to serve humanity.

About Billions in Change (The Movement)

Billions in Change is a movement to bring useful inventions to the unlucky half of the world in order to improve quality of life for billions of people. Those inventions are focused on helping people obtain basic needs like clean water, reliable electricity, and sufficient food—fundamentals that set the foundation for education, health, and livelihood, enabling people to improve life for themselves and for their families.

The Billions in Change inventions include devices that create fresh water for drinking and agriculture; expense-free and pollution-free electricity generators that power homes, schools, and businesses; farming techniques that enhance crop yields, crop quality as well as farmer income; and healthcare solutions that actually address the main causes of disease. The Billions in Change movement includes its founder, Manoj Bhargava, Stage 2 (the invention shop in Farmington Hills, Michigan), The Hans Foundation (the organization responsible for deploying solutions in India), and tens of thousands of supporters and volunteers around the world.

For more information about Billions in Change visit www.BillionsInChange.in.